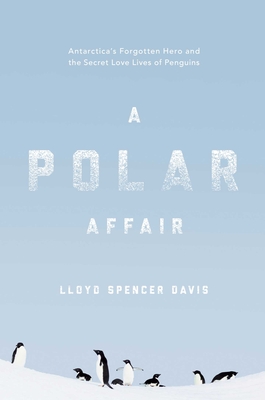 Lloyd Spencer Davis received the PEN (NZ) Best First Book Award for Nonfiction for Penguin: A Season in the Life of the Adelie Penguin. He is the author of Looking For Darwin, which won the CLL Writer's Award, New Zealand's most significant nonfiction award. Lloyd has been a recipient of a Fulbright Fellowship, an Anzac Fellowship, and a Prince and Princess of Wales Science Award.

"The spirit and soul of the penguin is entwined with the factual information in this first-person account so that it is rather like reading a novel or an autobiography."
— American Bookseller, "Pick of the Lists" (Praise for Lloyd Spencer Davis)

"A tremendous resource."
— Vaughan Turekian, American Association for the Advancement of Science

"A rip-roaring read on research at the edge."
— Nature
or support indie stores by buying on
Copyright © 2020 American Booksellers Association