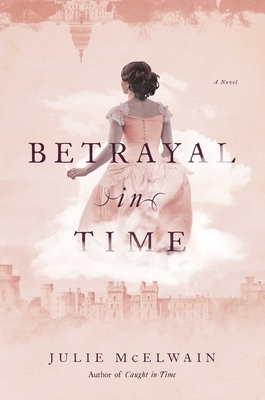 Kendra Donovan’s adventures in nineteenth-century England continue when she is called upon to investigate the murder of a spymaster.

February 1816: A race through the icy, twisting cobblestone streets of London ends inside an abandoned church—and a horrific discovery. Bow Street Runner Sam Kelly is called to investigate the grisly murder of Sir Giles Holbrooke, who was left naked and garroted, with his tongue cut out. Yet as perplexing as that crime is, it becomes even stranger when symbols that resemble crosses mysteriously begin to appear across the dead man’s flesh during autopsy. Is it a message from the killer?

Sam turns to the one person in the kingdom who he believes can answer that question and solve the bizarre murder—the Duke of Aldridge’s odd but brilliant ward, Kendra Donovan.

While Kendra has been trying to adapt to her new life in the early nineteenth century, she is eager to use her skills as a twenty-first century FBI agent again. And she will need all her investigative prowess, because Sir Giles was not an average citizen. He was one of England’s most clever spymasters, whose life had been filled with intrigue and subterfuge.

Kendra’s return to the gritty streets and glittering ballrooms of London takes her down increasingly dangerous paths. When another body is discovered, murdered in the same apparently ritualistic manner as Sir Giles, the American begins to realize that they are dealing with a killer with an agenda, whose mind has been twisted by rage and bitterness so that the price of a perceived betrayal is death.

"Outstanding. With perfect pacing, McElwain holds the reader’s interest from the first page to the last."
— Publishers Weekly (starred)

"McElwain cleverly expresses Donovan’s modernity and forensic expertise without betraying the concept of the series: Here is a character who is out of place in time, but still manages to get along in the 19th century, giving readers a blend of crime scene investigation and historical period color."
— Historical Novels Review

"An unusual, absorbing tale. Well-integrated story lines involve Kendra’s romance and a grief-stricken family whose son’s fate is an education in the horrors of war. The highlight here, however, is the time-travel aspect, which sees FBI investigatory skills muted to match the knowledge and mores of the day."
— Booklist

"A much improved mystery, a touch of history, and the obligatory romance combine for a pleasing read."
— Kirkus Reviews

"A deftly crafted and unique time-travel based mystery, Betrayal in Time is a thoroughly entertaining page-turner of a read from beginning to end."
— Midwest Book Review

Julie McElwain has freelanced for numerous publications from professional photography magazines to those following the fashion industry. Currently, Julie is West Coast Editor for Soaps in Depth, a national soap opera magazine covering the No. 1 daytime drama, The Young and the Restless. Her other Kendra Donovan mysteries—A Murder in Time, A Twist in Time, Caught in Time, and Betrayal in Time—are also available from Pegasus Crime. Julie lives in Long Beach, CA.
Loading...
or support indie stores by buying on
(This book is on backorder)