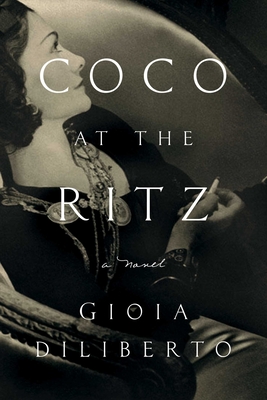 Coco at the Ritz

A riveting and prismatic novel of the eternally enigmatic Coco Chanel in the aftermath of World War II.

Though her name is synonymous with elegance and chic, the iconic Coco Chanel had a complicated dark side, and in late August 1944, as World War II drew to a close, she was arrested and interrogated on charges of treason to France.

Many of the facts are lost to history, partly through Chanel's own obfuscation, but this much is known: the charges grew out of her war-time romance with a German spy, and one morning two soldiers from the French Forces of the Interior—the loose band of Resistance fighters, soldiers and private citizens who took up arms in the wake of the Liberation of Paris—led Chanel from her suite at the Ritz Hotel in Paris to an undisclosed location for questioning.

What transpired during her interrogation, who was present, and why she was set free when so many other women who’d been involved with German men (willingly or otherwise) had their heads shaved or were imprisoned, remains a mystery.

In this brilliantly insightful and compulsively readable novel from the author of I am Madame X, Gioia Diliberto explores the motivations of this complex woman and portrays the gripping battle of wits that could have been her interrogation. Was Chanel truly a collaborator?

Though the Occupation of France offered a stark contrast between good and evil, few people are wholly heroes or villains in wartime. Most citizens, as the writer André Gide noted, were like old shoes floating in murky waters: battered and torn, riding the turbulent flow, just trying to survive.

By turns raw and vulnerable, steely and flawed, Chanel emerges from these pages as a woman who owns her decisions, no matter the consequences.  Rich with history and filled with emotional truths, Coco at the Ritz is a story about the choices one woman made when the stakes were the highest. In today’s world, it is a cautionary tale about the necessity of standing against evil when it stares you in the face.

Praise For Coco at the Ritz: A Novel…

“Biographer and novelist Diliberto offers a taut and surprising portrayal of French fashion designer Coco Chanel, focusing on her interrogation for suspected treason against France. From the opaque historical record emerges a satisfying take on a complicated woman.”
— Publishers Weekly

“Biographer and novelist Diliberto uses the scant pieces of historical evidence about Coco’s wartime years to imagine her personal and professional motivations, offering glimpses into her childhood and rise from poverty to fashion royalty and her deep need for male companionship. Diliberto reveals that Coco's complex temperament and intricate web of relationships defy easy categorization. Recommend to fans of Melanie Benjamin and Jennifer Chiaverini.”
— Booklist

"Set during the most controversial period of Coco Chanel’s life, Coco at the Ritz is a potent historical novel whose opportunistic heroine contends with fear, longing, and a treacherous love."
— Foreword Reviews

"This fascinating book takes a closer look at Chanel, her powerful personality, and her activities during the occupation of France. It shows us a side of Chanel’s personality we may not have known before, and we meet a complex woman who was talented and powerful, but also vain and manipulative. Highly recommended."
— Historical Novels Review

“I was captivated by Diliberto’s unfolding character portrayal of Coco Chanel as she maneuvers her way through the frightening landscape of Nazi-occupied Paris. Coco [at the Ritz] is a chilling tale of ambition, betrayal and accommodation, one that lingers in the mind well after the last page.”
— Nancy Horan, New York Times bestselling author of Loving Frank

“Gioia Diliberto expertly frees Coco Chanel from the bonds of legend and introduces us to the complex life of a dynamic woman. An intriguing romp through Chanel’s fascinating life, a glitzy view of Paris and a powerful narrative about the little-known arrest of Coco Chanel at the end of WWII. With an intriguing author note and impeccable research, I devoured Coco at the Ritz. For book clubs, lovers of historical fiction and fans of Marie Benedict, here is the book you were waiting for!”
— Patti Callahan Henry, New York Times bestselling author of Becoming Mrs. Lewis

Gioia Diliberto has written biographies of Jane Addams, Hadley Hemingway, Diane von Furstenberg, and Brenda Frazier, as well as the critically acclaimed novels I Am Madame X and The Collection. Her books, which center on the lives of women, have been translated into several languages. As a journalist, Gioia has contributed to many publications, including The New York Times, The Wall Street Journal, The Los Angeles Times, The Chicago Tribune, Smithsonian, and Vanity Fair. She also teaches writing and has taught at Northwestern and DePaul Universities and the Savannah College of Art and Design. Gioia lives with her husband in Woodbury, Connecticut.
Loading...
or support indie stores by buying on