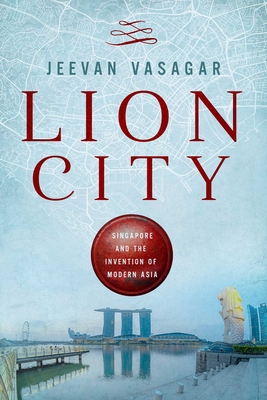 Singapore and the Invention of Modern Asia

A compelling, illuminating and evocative history of Singapore—the world's most successful city-state.

In 1965, Singapore's GDP per capita was on a par with Jordan. Now it has outstripped Japan. After the Second World War and a sudden rupture with newly formed Malaysia, Singapore found itself independent - and facing a crisis. It took the bloody-minded determination and vision of Lee Kuan Yew, its founding premier, to take a small island of diverse ethnic groups with a fragile economy and hostile neighbours and meld it into Asia's first globalised city.

Lion City examines the different faces of Singaporean life - from education and health to art, politics and demographic challenges - and reveals how in just half a century, Lee forged a country with a buoyant economy and distinctive identity. It explores the darker side of how this was achieved too; through authoritarian control that led to it being dubbed 'Disneyland with the death penalty'.

Jeevan Vasagar, former Singapore correspondent for the Financial Times, masterfully takes us through the intricate history, present and future of this unique diamond-shaped island one degree north of the equator, where new and old have remained connected. Lion City is a personal, insightful and definitive guide to the city, and how its extraordinary rise is shaping East Asia and the rest of the world.

Praise For Lion City: Singapore and the Invention of Modern Asia…

“In his first book, Vasagar, former Singapore and Malaysia correspondent for the Financial Times, fashions an engaging narrative that is both historical and personal. An accessible, ground-up journalistic study well suited to those who know little about this enigmatic republic.”
— Kirkus Reviews

Jeevan Vasagar is the former Singapore and Malaysia correspondent for the Financial Times.  He travelled the region to report on demands for political reform, the rise of digital businesses and the growing influence of China. He is now Environment Editor for The Bureau of Investigative Journalism, based in London. Prior to joining the FT, he reported for the Guardian for twelve years, including spells as east Africa correspondent and education editor. Lion City is his first book.
He can be found on Twitter: @jeevanvasagar
Loading...
or support indie stores by buying on