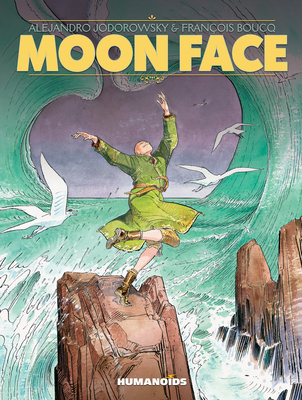 Known as the “wave tamer”, a young boy turns the tiny island of Damanuestra upside down, threatening the oppressive political and religious hierarchies. Comic book legends Alejandro Jodorowsky and Francois Boucq (Bouncer) join forces once more in this uplifting and surreal satirical tale of strange magic and revolutionary freedom.

Along with nurturing his many other talents, Jodorowsky remains a unique storyteller whose published contributions have secured his status as one of the world's most prolific graphic novel writers.
Loading...
or support indie stores by buying on