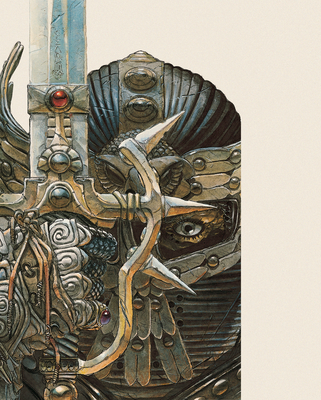 A Limited Edition Slipcase of the grand scale space opera about family, sacrifice, and survival told within an immense universe, both in scope and originality.

A must-read cult spin-off of The Incal, by Moebius and Jodorowsky, centering around the fascinating lineage of the ultimate warrior. This collection introduces the Metabaron's bloodline and reveals the origins of their deep-seated principles. Find out the source of the family's vast wealth, learn why every Metabaron has cybernetic implants, and why the only way to become the next Metabaron is for him to defeat his own father in a mortal combat. Follow each successive generation as it struggles to overcome the forces amassed against it in a galaxy corrupted by greed, power, and terror.
A true classic in the pantheon of graphic storytelling and science fiction as a whole. A two-book slipcase, only 1500 printed.

Alejandro Jodorowsky (also known as Alexandro Jodorowsky) is a Chilean film and theatre director, screenwriter, playwright, actor, comic book writer, author, poet, mime, musician, and spiritual guru. He is best known for his avant-garde, cult films, such as El Topo, a midnight movie favorite. Juan Gimenez is an Argentinian comic book artist. His style has become famous for the extreme attention he devotes to technical details. Gimenez has also written his own stories, such as The Fourth Power series.
or
Not Currently Available for Direct Purchase
Copyright © 2020 American Booksellers Association