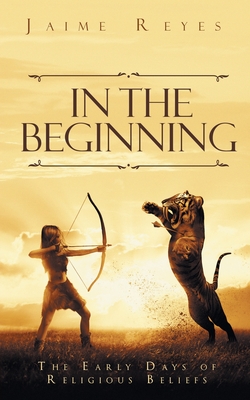 The Early Days of Religious Beliefs

It is 40,000 BCE, and Neanderthals believe in spirit gods. Og is an ancient, exceptionally intelligent Neanderthal. As he sits in his cave sheltered from the vicious storm that rages outside, he knows there must be a better way to survive. Now all he has to do is convince his tribal troupe that he has the answers to their fears and apprehensions.

After he convinces Chief Olo that he can appease the spirit gods and end the storm by performing a ritual he learned from his father, Og puts on a colorful show with rattles, bones, and face paint. When the storm subsides and it becomes evident that Og displays some power over the elements, he begins to receive respect from most tribal members--except the insecure chief, who is threatened by him. But when Og saves the chief's life, he makes way for Og to become the tribe's first fully anointed priest and create a legend whose idea of persuasive idolization will spread throughout the old and new world and carry on into the future.

In the Beginning shares the compelling tale of a Neanderthal man's journey as he becomes spiritual leader of his clan and passes his knowledge on to his descendants so they can continue to benefit.