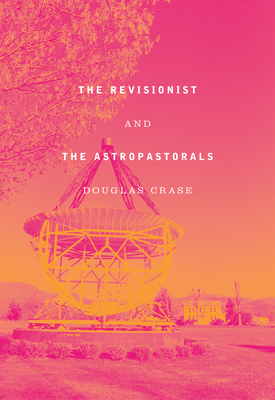 The Revisionist and the Astropastorals

MacArthur "genius" Douglas Crase is best known for his invocations and revisions of Whitmanian transcendentalism. Out of print since 1987, his book The Revisionist has still been enough in some opinions to establish him as one of the most important poets of his generation; on its strength, says the Oxford Book of American Poetry, rests a formidable underground reputation. Now, by combining The Revisionist with Crase's chapbook The Astropastorals in a new collection, Nightboat Books presents his formidable reputation to a wider public for the first time in thirty-two years.

Douglas Crase was born in 1944 in Battle Creek, Michigan, raised on a nearby farm, and educated at the Woodrow Wilson School of Public and International Affairs at Princeton. A former speechwriter, he was described in the Times Literary Supplement as the unusual case of a contemporary poet whose most public, expansive voice is his most authentic. His work has been widely anthologized and he has received a Witter Bynner Award, Whiting Writers' Award, and fellowships from the Guggenheim and MacArthur foundations for both his poetry and essays. He lives in New York and Carley Brook, Pennsylvania.
Loading...
or support indie stores by buying on