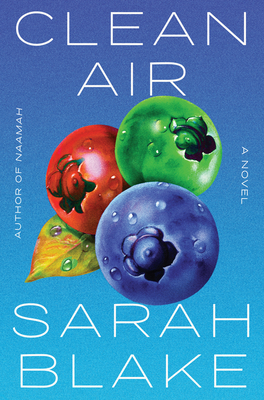 "Clean Air is an amazing blend of page-turning mystery, important commentary about environmental destruction, and poignant portraiture of maternal love."
--Angie Kim, author of Miracle Creek "We couldn't breathe the air. To some people it seemed quick, sudden even. To some it seemed gradual. In hindsight, everyone said the signs were there." A decade has passed since The Turning. The climate apocalypse has come and gone, and in the end it wasn't the waters rising, as the scientists predicted, nor the temperature climbing, nor the forest fires spreading. It was pollen--spring allergies becoming worse and worse until the air became unbreathable, the world overgrown with trees. In the past ten years, humanity has rebuilt, and Izabel has gotten used to the airtight domes that now contain her life. She raises her young daughter and attempts to make peace with her mother's death. She tries hard to be satisfied with this new world, safe and prosperous as it is. Instead she feels stuck. And then the peace of the new world is shattered. Someone starts slashing through the domes at night, exposing people to the deadly pollen--a serial killer. Almost simultaneously, Izabel's daughter Cami begins sleep-talking, having whole conversations about the murders that she doesn't seem to remember after she wakes. Izabel becomes fixated on the killer, both tracking him down and figuring out the type of man he might be. What could compel someone to kill, after ten years dedicated to sheer survival, with humanity finally flourishing again? Suspenseful and startling, but also written with a wry, observant humor, Clean Air will appeal to readers of The Need, The Leftovers, and Fever Dream as it probes motherhood and grief, control and choice.