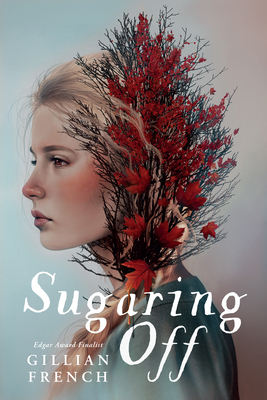 A dazzling and evocative novel about love and loss—with a dash of thrilling mystery—for fans of Mindy McGinnis and Courtney Summers.

Owl has always been her freest self in the mountains, tracking, hiking, and exploring the steep forested acres of her aunt and uncle’s maple sugar farm. They never speak of the childhood tragedy that left her partially deaf and sent her father to jail. All Owl wants is to stay safe at the farm, her favorite place in the world, her refuge from those who would treat her differently.

Owl’s sheltered existence is blown wide open by Cody—the magnetic, dangerous young man hired to help with the season’s sugaring off. Cody seems to see the real her, to look past her hearing loss in a way no one else does. Together, they find comfort in their similarities and exhilaration in their differences, and risk a romance their families are desperate to stop.

But then Owl hears her father will be released from prison, and a seemingly motiveless murder shakes the foundations of her small town. When the crime draws all eyes to Cody, Owl realized he is in far more serious trouble than anyone knows—and it’s followed him to her mountain.


Praise For Sugaring Off…

"As in French’s other books, she treats her working-class characters with compassion but not preciousness, with a third-person narration that shows the complications of small-town life without exploiting it for drama.”—The Bulletin of the Center for Children’s Books