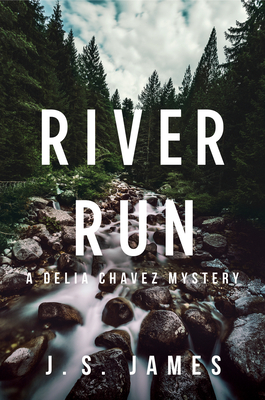 An explosive debut mystery for readers of Christine Carbo and Paul Doiron featuring a newly minted deputy thrust into the cutthroat world of hunting.

This waterfowl season, the hunters become the hunted.

Newly promoted sheriff's deputy Delia Chavez has worked hard to get where she is. Without any family to speak of, law enforcement is all she has. But just a few days into her new job, Delia finds the body of a hunter washed up on the bank of the Willamette River missing his trigger finger. Soon, more bodies are found--all hunters without their trigger fingers. Waterfowl season often means clashes between hunters and animal rights activists, but could someone be killing to make a statement? Petrified, but invigorated by the opportunity, Delia dives head first into the case. Soon, she catches a whiff of something foul and it's not the dead bodies--man or bird.

What starts off looking like a simple case of a ruthless vigilante quickly devolves into something much more complex. Facing evasive killers who stop at nothing to conceal their crimes, Delia must bring the criminals to justice because everyone knows, if you're not the predator, you're prey.

Praise for River Run:
"Evocative and cleverly-plotted, J.S. James’ River Run delivers a cast of complex characters in which even the most minor ones come fully alive...Written in confident prose, River Run is an intelligent mystery that captures Oregon’s Willamette Valley in all its glory and haunting beauty. I can't wait for the next Delia Chavez novel."
—Christine Carbo, bestselling author of A Sharp Solitude

“River Run juxtaposes the enticing flavor of life in the northwest with the chilling terror of the hunted. Deputy Delia Chavez is tough, driven, and a force to be reckoned with…a heroine readers will truly root for.”
—Sara Driscoll, author of the FBI K-9 mysteries

J. S. James lives near Portland, Oregon with his family, including their "Velcro" Vizsla and furry red exercise machine, Maggie. He completed a popular fiction writing program in Washington, but grew up fishing and hunting in Oregon. River Run won first place in the Pacific Northwest Writer's Association's mystery/thriller contest, and was runner-up and "highly commended" in the Crime Writer's Association's Debut Dagger contest. This is J. S. James's first novel. Currently, he's hard at work on more novels in the genre.
Loading...
or
Not Currently Available for Direct Purchase