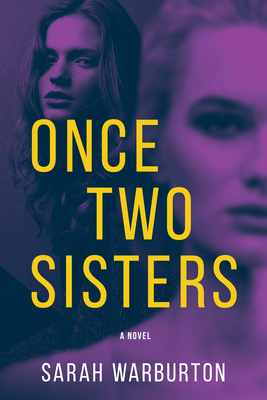 Perfect for fans of Alafair Burke and Megan Collins, Sarah Warburton's debut novel that explores the dangerous bond between sisters.

When her sister goes missing, Zoe assumes it's just another one of her estranged sibling's stunts--but the danger is all too real.

Zoe Hallett and her sister, Ava, are the precocious offspring of two pioneering scientists, but the sisters have been estranged for years. When Zoe reads a news story about Ava's mysterious disappearance, she assumes it's just another of her sister's twisted fictions, designed to blame Zoe and destroy the peaceful life she's created with her husband and beautiful stepdaughter in Houston. But Zoe's email is hacked to send threatening messages to Ava--and a more sinister picture begins to emerge.

Zoe returns to her home state of Virginia to prove her innocence to the authorities, to her parents, and to Glenn, her ex-boyfriend and current brother-in-law. For the first time, Zoe begins to believe Ava is in grave danger, and when Glenn catches her searching for clues in Ava's home, she looks guiltier than ever--but maybe Glenn is not all he seems.

The clues Zoe finds point to a bizarre link between Ava's disappearance and her mother's "research". Is there a secret someone is trying to protect? And would someone be willing to kill to protect it? As her sister's life hangs in the balance, Zoe draws on hidden reserves of strength and hope to save the sister she never thought she loved.

Sarah Warburton is the oldest of four sisters, raised in Virginia, and an avid reader and knitter. She has a B.A. in Latin from the College of William and Mary, an M.A. in classics from the University of Georgia and another from Brown. Sarah has worked at independent bookstores--Page One Books in Albuquerque and Books on the Square in Providence--and spent ten years as a writer, which led her to become lead editor for UpClose Magazine. Her short story "Margaret's Magnolia" appeared in Southern Arts Journal, and her Pushcart prize nominated story "Survival English" appeared in Oyster River Page. Now she lives with her family--husband, son, daughter, and hound dog--in the mountains of Southwestern Virginia.

Praise For Once Two Sisters: A Novel…

Praise for Once Two Sisters:
"All is not as it seems in this fast-paced thriller...Once Two Sisters delves into complex family relationships and the past in a fresh way."
—Catherine McKenzie, bestselling author of I'll Never Tell

“A unique, fast-paced thriller with an utterly shocking twist. Readers will be rapt from the first page until the jaw dropping conclusion.”
—Robyn Harding, USA Today bestselling author of The Party and The Swap
or support indie stores by buying on
Copyright © 2020 American Booksellers Association