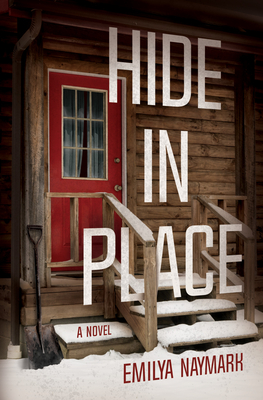 She left the NYPD in the firestorm of a high-profile case gone horribly wrong. Three years later, the ghosts of her past roar back to terrifying life.

When NYPD undercover cop Laney Bird's cover is blown in a racketeering case against the Russian mob, she flees the city with her troubled son, Alfie. Now, three years later, she's found the perfect haven in Sylvan, a charming town in upstate New York. But then the unthinkable happens: her boy vanishes.

Local law enforcement dismisses the thirteen-year-old as a runaway, but Laney knows better. Alfie would never abandon his special routines and the sanctuary of their home. Could he have been kidnapped--or worse? As a February snowstorm rips through the region, Laney is forced to launch her own investigation, using every trick she learned in her years undercover.

As she digs deeper into the disappearance, Laney learns that Alfie and a friend had been meeting with an older man who himself vanished, but not before leaving a corpse in his garage. With dawning horror, Laney discovers that the man was a confidential informant from a high-profile case she had handled in the past. Although he had never known her real identity, he knows it now. Which means several other enemies do, too. Time is running out, and as Laney's search for her son grows more desperate, everything depends on how good a detective she really is--badge or no.

Praise For Hide in Place: A Novel…

"A solid thriller with a good leading character for series."
—Red Carpet Crash

“Crammed with suspense as a mother tries to overcome her panic and use her training to find her kidnapped son. A great read!”
—Andrea Kane, New York Times bestselling author of the Forensic Instinct series


"Hide in Place is a fabulous thriller, but it has all the artistry of a literary masterwork."—Russell Rowland, critically acclaimed author of Cold Country

"This is a debut novel not to be missed, in particular for readers of Harlan Coben and Carol Goodman.”
—Nancy Bilyeau, bestselling author of Dreamland

“A page-turning thriller that explores a single mother’s desperate attempt to find her missing son with a compelling twist—she’s also a former cop...Impossible to put down, Emilya Naymark’s debut will leave readers hungry for more.”
—Jordan Rosenfeld, author of How to Write a Page Turner and Women in Red

Emilya Naymark's short stories appear in Secrets in the Water, After Midnight: Tales from the Graveyard Shift, River River Journal, Snowbound: Best New England Crime Stories 2017, 1+30: THE BEST OF MYSTORY, and in the upcoming Harper Collins anthology A Stranger Comes to Town. She has a degree in fine art, and her artworks have been published in numerous magazines and books, earning her a reputation as a creator of dark, psychological pieces. Being married to an N.Y.P.D. undercover detective compelled her to create the character of Laney Bird, whose occasionally wild and, even more often, terrifying experiences are inspired by real events. When not writing, Emilya works as a visual artist and reads massive quantities of thrillers and crime fiction. She lives in the Hudson Valley with her family.
Loading...
or support indie stores by buying on