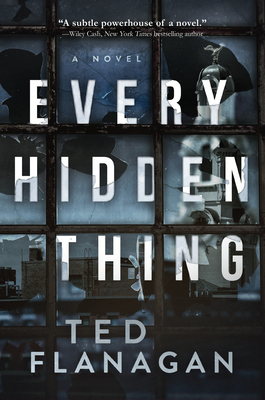 Big city politics, nasty secrets, a dirty cop, and a deranged sociopath set the stage for a riveting journey deep into the urban jungle.

The last scion of a once-powerful political family, Worcester mayor John O'Toole has his sights set on vastly higher aspirations. When night shift paramedic Thomas Archer uncovers a secret that could upend the mayor's career, O'Toole is set on silencing him, and sends Eamon Conroy, a brutal former cop, to ensure the truth remains under wraps.

But O'Toole doesn't stop there. With bribes, buried secrets, and personal attacks, he wreaks havoc on Archer's life in an attempt to save himself. Archer's troubles continue to mount when domestic terrorist and militia member Gerald Knak, who blames Archer for his wife's recent death, sets in motion a deadly plan for revenge.

With two forces of evil aligned against him, Archer doesn't stand a chance. But things aren't always what they seem--and he may just have a few tricks up his sleeve in a last gambit to get out alive.

Praise For Every Hidden Thing: A Novel…

Praise for Every Hidden Thing:
“A rich, reeking, ambitious study of an urban jungle that could be Everytown. More, please.”
–Kirkus Reviews

“Every Hidden Thing is a subtle powerhouse of a novel that combines the best of James Ellroy’s noir cityscapes with the narrative impulses of Dennis Lehane. The story of Thomas Archer, an EMT who’s haunted by his past and threatened by those who embody it, is like the dirty, crooked city in which this novel is set: inescapable, pervasive, atmospheric. Ted Flanagan is a powerful and undeniably gifted writer, and his debut novel proves it.”
—Wiley Cash, New York Times bestselling author

“A terrific, beautifully written debut that rings with authenticity. Flanagan’s intriguing, gritty tale of corrupt politicians, even worse cops, messy family relationships, and the daily cycle of hope and despair playing out on the Blue-collar streets of Worcester had me rooting for Thomas Archer until the very last page. Fans of Dennis Lehane and Michael Harvey will devour this book.”
—Jane Haseldine, author of the Julia Gooden mysteries

"Every Hidden Thing centers the notion of power and madness as communicable diseases with media as a carrier. Flanagan's prose unspools like a particularly brutal lucid dream."
—Laird Barron, author of Swift to Chase

Ted Flanagan is a Paramedic and former daily newspaper reporter from central Massachusetts whose writing has appeared on Shotgun Honey and Cognoscenti, among other places. In addition, he served as a Recon Marine with 2nd Recon Battalion. He lives with his wife and kids outside of Worcester, Mass.
Loading...
or
Not Currently Available for Direct Purchase