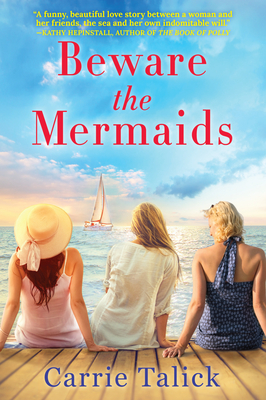 Romance, betrayal, and an epic yacht race make Carrie Talick's debut novel perfect for fans of Elin Hilderbrand and Susan Mallery. Hermosa Beach housewife Nancy Hadley is no pushover. So when her philandering husband, Roger, is caught in flagrante with an opportunistic widow on their racing sailboat, Nancy sticks it to him. She tells him she wants a divorce--with the sailboat, Bucephalus, part of the deal, too. Roger would rather make Nancy's life a living hell than give up his boat. But Nancy has other plans. After moving out of their opulent home, she and her posse of girlfriends invest in a racing boat of their own to live on, and she teaches them the fine points of sailing. Meanwhile, and unbeknownst to Nancy, a big real estate development is under way that would destroy her beloved harbor and new home. When scheming Roger returns to ask Nancy to help capture the last committee vote--held by Nancy's old college friend--Nancy prepares for battle. Nancy is not skittish about taking a few risks, so in a bold gambit, she makes a bet with Roger: a showdown in the thrilling Border Dash Race from Newport Harbor down to Ensenada, Mexico. The winner of the race will get everything they want. The stage is set for the race of a lifetime--and the tantalizing possibility of new romance for Nancy--in a novel as heartwarming as it is breathlessly exciting.

Carrie Talick originally cut her teeth as a writer at the age of seven on sarcastic, witty postcards to her dad and then became an award-winning copywriter who wrote the script for the 2019 Super Bowl spot Elevator starring Jason Bateman as a friendly docent to Hell.When she's not writing, she's working on perfecting a Bolognese sauce, rocking the lower third of her Peloton leaderboard, driving her teen daughter to the beach, sailing the Pacific, and listening to Bill Evanson vinyl with her audiophile husband. She currently lives in a coastal community in California. This is her first novel.
Loading...
or support indie stores by buying on