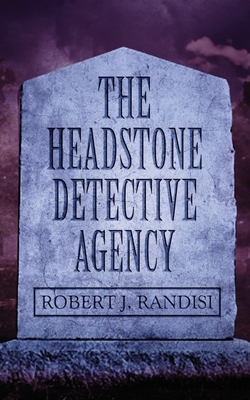 John Headston is a private detective who, early in his career, was very successful, running a 12-man operation called THE HEADSTONE DETECTIVE AGENCY, mainly because the guy who painted the name on the door added the "e" at the end without realizing it was wrong.

As the book opens, however, Headston is now 50, and the agency is down to just him. In his past he had run-ins with not only the law, but with the New York State Agency who had licensed him. As a result he spent some time in jail, and had his license revoked. Now he has it back, and is trying to get started again.

His first case is a missing persons case, a wealthy woman whose husband just seems to have vanished from his Wall Street stockbroker job. Headston finds the man, who is now living under very odd circumstances, but the missing persons case quickly turns to murder. Aided by a tattooed young lady who decides she should work for him, Headston decides to work on the murder case, while attempting to avoid running afoul of the law and having his licensed revoked again--and possibly for good, this time.