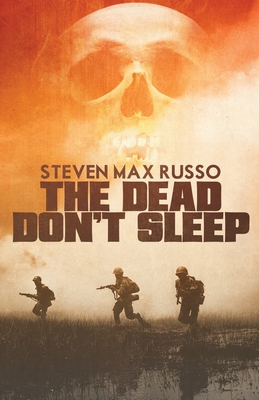 Frank Thompson, a recent widower and aging Vietnam veteran is down from Maine visiting his nephew, Bill, and his family in New Jersey.

While at a trap range, he and his nephew have a chance encounter with a strange man who claims to remember Frank from the war.

That night, the windows in Bill's home are shattered along with the quiet peaceful lives the two men had been living.

Three veterans from a special combat unit directed by the CIA during the Vietnam War have gathered to discuss what they are going to do about a man they claim killed one of their own over forty years ago.

Jasper, Birdie and Pogo were part of a team that called themselves the National League All Stars. They were a squad of psychopathic killers trained by Special Forces to cause death and mayhem during the war. Now, they have banded together to hunt down and kill the professional soldier who led them all those years ago.

Drawing on his military training and a resurgent bloodlust from his tortured past, Frank prepares for a final, violent reckoning that will bring him full circle with the war that never left him.

Praise for THE DEAD DON'T SLEEP:

"The Dead Don't Sleep is a skillfully plotted, fast-moving thriller brimming with a believable cast of characters, especially the indelible Frank Thompson, an old-school hero who I hope to see more of." --David Swinson, author of Trigger and The Second Girl

"Russo's The Dead Don't Sleep is a pulse racing, chest thumper of a novel." --Reed Farrel Coleman, New York Times bestselling author of What You Break

"Imagine if Rambo had lived a quiet, undisturbed life in Maine until, many decades later, the ghosts of the Vietnam War came after him. That's roughly the premise of The Dead Don't Sleep, a gripping, highly readable contemporary thriller with a strong emotional undercurrent. Steven Max Russo has done a magnificent job rendering the unique hold Vietnam continues to claim on thousands of its veterans." --Brad Parks, international bestselling author

"The Dead Don't Sleep is a well-crafted, tense, suspenseful thriller in which hatred that's lasted a lifetime explodes into violence with uncontrollable consequences." --Thomas Perry, Edgar Award-winning author of The Butcher's Boy

"A dark tale of vengeance and redemption, complete with mystery, secrets, and a longing for new adventure. A delectable and poignant read." --Steve Berry, New York Times bestselling author of The Malta Exchange

"The Dead Don't Sleep is white-knuckle, nonstop action, a story of hard men at their limits and grudges that never die." --Joseph Finder, New York Times bestselling author of House on Fire