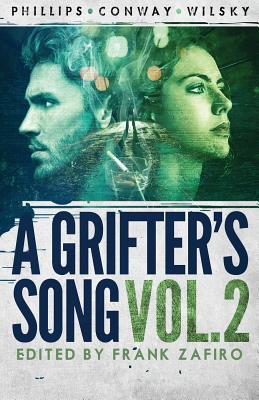 A Grifter's Song, Created and Edited by Frank Zafiro.

Long time grifters Sam and Rachel love two things: each other and the grift. On the run from the mob, the two lovers move from one con to the next, winning some and losing others, but always finding a way to survive.

Episodes 4-6 of Season One begins with The Movie Makers by Gary Phillips. Sam and Rachel try to con an action movie star in Hollywood, posing as a producer and a self-help guru. But the Armenian mob gets involved, leaving us to wonder if Rachel and Sam will score, or end up on the cutting room floor?

Colin Conway pens Episode 5, Lost in Middle America. When an old friend of Sam's asks for help, the pair is hesitant to engage, especially since the man is a former pimp in Lima, Ohio. But the promise of riches in a safe deposit box convinces them both to assist 'Bigs' in his quest for revenge against a younger version of himself.

Episode 6, Losing Streak, officially closes out Season One. Jim Wilsky paints a picture of Sam and Rachel on the tail end of a string of bad luck. Their desperation for a win drives them to do business with an arms dealer who is into more than just Saturday night specials.

Episodes 1-3 of Season One are featured in A Grifter's Song Vol. 1.