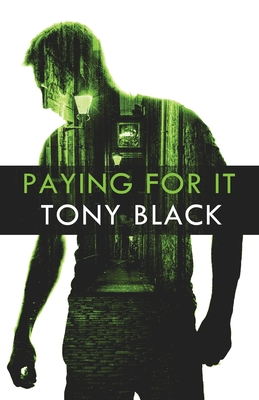 Gus Dury once had a high-flying career as a journalist and a wife he adored. But now he is living on the edge, a drink away from Edinburgh's down-and-outs, drifting from bar to bar, trying not to sign divorce papers. But the road takes an unexpected turn when a friend asks him to investigate the brutal torture and killing of his son, and Gus becomes embroiled in a much bigger story of political corruption and illegal people-trafficking. Seedy doss-houses, bleak wastelands and sudden violence contrast with the cobbled streets and cool bistros of fashionable Edinburgh, as the puzzle unravels to a truly shocking ending.

Praise for PAYING FOR IT:

"A fine debut. Black is the new noir." --Allan Guthrie, winner of the Theakston's Old Peculier Crime Novel of the Year Award for Two-Way Split

"Tony Black's first novel hits the ground running, combining a sympathetic ear for the surreal dialogue of the dispossessed with a portrait of the belly of a city painted in the blackest of humour." --The Guardian

"Paying For It might just be the most aptly titled novel of the year. Rarely has a title worked on so many levels...the narrative blasts off the page like a triple malt...This is one adrenalin-pumped novel, as moving and compassionate as it is stylishly written." --Ken Bruen, author of The Guards novels

"Assuming (and hoping) that this is the first of many featuring the tortured Gus Dury, we've never seen a series character so richly and honestly drawn from the get-go. The emotional punches connect solidly in Paying For It, as the pains of being a father and the pains of being a son are laid bare. The debut of the year." --Tod Robinson, Thuglit.com

"Of all the new writers emerging this year, he is the one to watch." --Martyn Waites, author of the Joe Donovan series