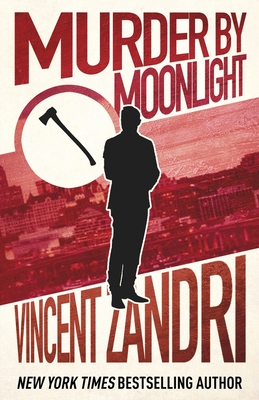 Would you try to save your soon from a death sentence if he tried to murder you in your own bed? In Murder by Moonlight, Vincent Zandri's cunning detective Dick Moonlight returns with his toughest case yet: proving an open-and-shut murder investigation isn't over at all. Joan Parker is the last woman private eye Dick Moonlight would ever expect to see in his Albany office. From the right side of the tracks-neighboring Bethlehem-she bears her upper class upbringing as effortlessly as a string of pearls. She also bears a scar running down her head and face-a brutal reminder of the ax attack that took the life of her husband. Her twenty-one-year-old son, Christopher, now sits in jail charged with the crime. According to the official report-based on Joan's answers to police when they arrived at the house and found her barely alive-she identified Christopher as the culprit. But sitting in Moonlight's office, she reveals that she has no recollection of the event, yet is certain of one thing: Christopher didn't do it. Moonlight knows a thing or two about being nearly dead. And he also knows the tragedy of the police jumping to the wrong conclusions-a past case of a falsely accused client still haunts him-so he agrees to take the job and get to the truth of what happened that day. At first the trail of clues-from the crime scene to Joan's original accusation-keeps the finger pointed at Christopher. But soon Moonlight turns up something he never expected, something more sinister than anything he's ever come up against. Vincent Zandri's latest Dick Moonlight PI thriller, Murder by Moonlight is a fast-paced, whip-smart tale of a guy who can't always remember getting into trouble-and can't seem to stay out of it. For fans of Robert B. Parker, Michael Connelly, Ace Atkins, Brett Battles, Don Winslow, and more comes an unputdownable mystery based on a true story that's sure to keep you up all night...in a good way.