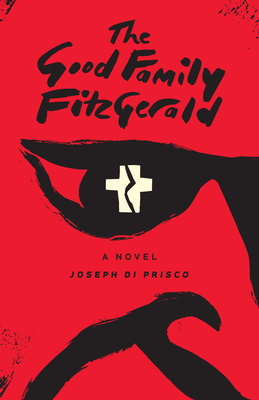 The Fitzgeralds are buttressed by wealth and privilege, but they are also buffeted by crisis after crisis, many of their own creation. Even so, they live large, in love and in strife, wielding power, combating adversaries and each other. The Good Family Fitzgerald is a saga of money and ambition, crime and the Catholic Church, a sprawling, passionate story shaped against a background of social discord. Padraic Fitzgerald is the up-from-nothing, aging patriarch whose considerable business interests appear anything but legitimate, but he has bigger problems than law enforcement. A widower, Paddy becomes enmeshed with a young woman who will force him to re-examine his cardinal assumptions. Meanwhile, he has cultivated thorny relationships with his four children, all of whom struggle over the terms of connection with their father. Anthony--oldest son, principled criminal defense attorney, designated prince of the family--and his cherished Francesca are devastated by tragedy. In the aftermath, Frankie comes to play a vital role in Fitzgerald lore. Philip is a charismatic Catholic priest spectacularly torn between his lofty ideals and aspirations and his all-too-human flaws and longings. Matty has wandered aimlessly, but once he finds his purpose, he precipitates turmoil in all quarters. Colleen, the youngest, is a seeker who styles herself the outsider and the conscience of the clan. Her hands are full, as no Fitzgerald is left untested or unscathed, and by the end the whole family, as well as those venturing into their realm, will be stunned into illumination.

Joseph Di Prisco was born in Brooklyn and lives today in Northern California, with his wife, photographer Patti James. He's the author of the novels All for Now, The Alzhammer, The Confessions of Brother Eli, Sun City, and Sibella & Sibella, prize-winning books of poems, and books about childhood and adolescence. His memoirs The Pope of Brooklyn and Subway to California came out from Rare Bird Books. He is the founding chair of the Simpson Literary Project, which promotes literacy and literature, writers and writing across the generations.
or support indie stores by buying on
Copyright © 2020 American Booksellers Association