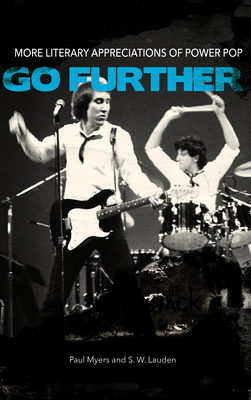 Paul Myers is a Canadian writer and musician living in Berkeley, California. His previous books include the critically acclaimed A Wizard A True Star: Todd Rundgren in the Studio; It Ain't Easy: Long John Baldry and the Birth of the British Blues; Barenaked Ladies: Public Stunts, Private Stories; and The Kids in the Hall: One Dumb Guy. S. W. Lauden is the author of the Greg Salem punk rock P.I. series including Bad Citizen Corporation, Grizzly Season, and Hang Time. His Tommy & Shayna novellas include Crosswise and Crossed Bones. A new novelette, That'll Be The Day: A Power Pop Heist, was released in June 2019. S.W. Lauden is the pen name of Steve Coulter, drummer for Tsar and The Brothers Steve.
Loading...
or support indie stores by buying on