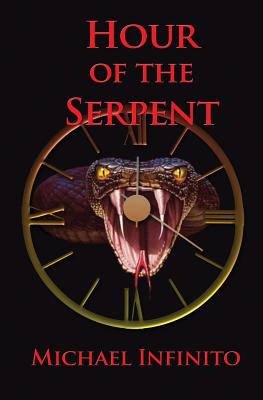 Hour of the Serpent

Violet and Johnny Dotson pull up stakes and relocate to the beautiful countryside near Asheville, North Carolina, in an attempt at starting over after a series of miscarriages that Violet has attributed to the presence of an evil snake. Unbeknownst to them they have actually been summoned there by an evil entity.

Locked away in a mountaintop mental institution, J.C., a mysterious survivor found at the scene of a brutal murder/suicide, will only utter five words: "I am the son of God."

Strange events centered around the unknown patient spur Detective Tom Drayton and his partner to connect several other bizarre deaths to the time of 12:19.

Armed with an old priest's advice and a touch of new-found faith, Tom follows a path that could very well lead him to the destruction of all mankind. But is he doing God's bidding or could he, in fact, be the dreaded serpent himself?