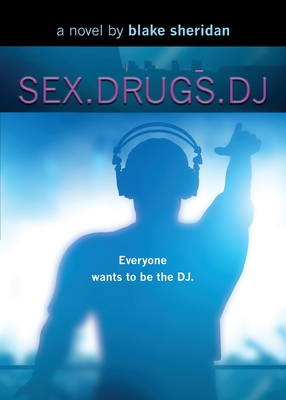 Blake Sheridan was an ordinary kid. He grew up in the suburbs, played sports and did all of the things you'd expect a teenaged boy to do. But one day, he discovered the rave scene and his life was forever changed.

Stumbling into a fortunate encounter in an otherwise unlucky life, Blake became a regular fixture at raves and then a DJ at a young age. Starting small, he quickly grew in popularity to become one of Chicago's most sought after artists, known for a unique style and a sharp ear.

As life moved forward, his career as a DJ really took off, even though it was often marred by drug dependence, and he struggled to keep up. Thrust into greater and greater positions of fame, Blake quickly became a world-famous DJ and recording artist, only narrowly making it through his addiction alive. Travel was more familiar than relaxation, so home was where his head laid on the pillow at night, as he jet-set around the world, one tour after another.

A story of love, loss, of success and excess, the life of Blake Sheridan is a compelling reminder that fortune favors the bold. Life gave Blake a chance and he took it. What would you give for that one chance at fame?