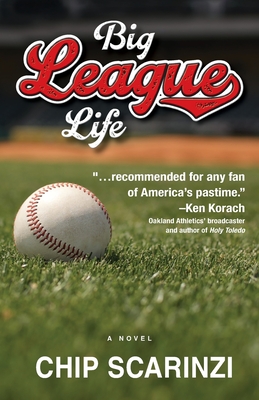 The Major League Baseball season is an annual drama that begins when pitchers and catchers report to Spring Training and ends amid a flurry of confetti and hysteria.

But that's only part of the story.

It's the people that make baseball such captivating theater. Athletes from different backgrounds, each on their own path, come together for nine months to determine whether they have the talent, chemistry, and dumb luck required to parade through the streets when the games are over. Big League Life, a work of fiction, follows the journey of one such ball club and celebrates the personalities and characters one might find at work and play both within the confines and far afield of Major League ballparks.

Professional baseball unfolds on palatial fields held captive within cement and steel; ballparks are at once beautiful and imposing. However, people - flaws and all - make America's National Pastime a beautiful game. This is their story.

While a work of fiction, Big League Life is the result of years of research interviews, and first-hand accounts provided by several men and women who call the "big league life" their life.