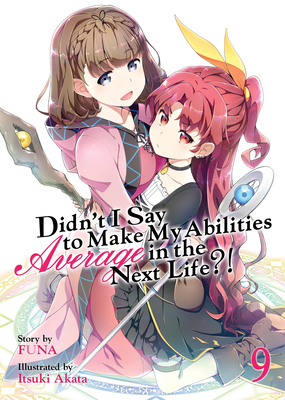 Didn't I Say to Make My Abilities Average in the Next Life?! (Light Novel) Vol. 9

The Crimson Vow’s arrogance is nearly their undoing when they run afoul of a horde of unnaturally powerful monsters! As they investigate the creatures’ origins, another crisis arises: Mavis, increasingly aware of how outclassed she is by the other members of the party, breaks off on her own quest to find a teacher who can take her swordplay to the next level. Can the magic-incapable aspiring knight ever compete with her spellcaster friends, or is she forever doomed to play second fiddle?


Praise For Didn't I Say to Make My Abilities Average in the Next Life?! (Light Novel) Vol. 9…

Itsuki Akata is a Japanese manga artist best known for the art in the In the Next Life, Make My Abilities Average! light novel series.
Loading...
or support indie stores by buying on