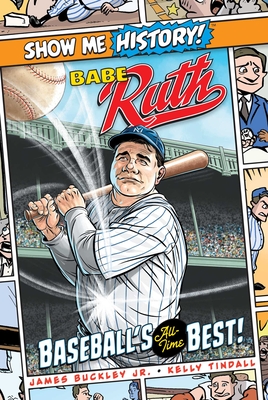 Long regarded as the greatest player in baseball history, George Herman “Babe” Ruth transformed the sport with his legendary power and personality. Babe Ruth: Baseball’s All-Time Best! tells the story of Ruth’s life in graphic novel format—from his humble beginnings in Baltimore to superstardom with the New York Yankees. Never one to keep quiet, Babe Ruth was a player whose outsized swing and character made him a star both on and off the field. Baseball fans of all ages will be entertained and educated by the full-color illustrations and historically accurate narrative of this graphical biography.

Shane Corn is a veteran of the animation industry, having worked at Nickelodeon, Fox Animation Studios, FXX, Warner Bros. Animation, and Cartoon Network Studios. He currently runs a gallery and studio for individuals with developmental disabilities in Canton, Ohio, and is coloring Show Me History! graphic novels.
Loading...
or support indie stores by buying on