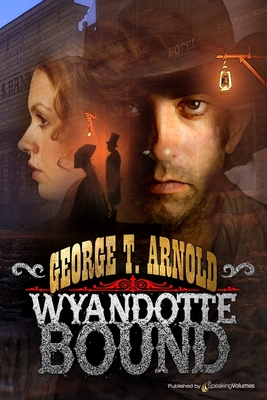 Bound, like many other strong words, finds its meaning in the perceptions of those it affects. To the Van Sheltons, it is positive and deep-rooted, defining their ties to a vast amount of land abundant in the timber, cattle, and silver that make them the wealthiest and the most powerful family in the town of Wyandotte and influential throughout the state of Nevada.

To J.D. Rohr, who has no money and few prospects, bound is a hopeful force, driving him to Wyandotte, where he assumes the identity of Jesse Bodine in a desperate attempt to live in obscurity, hiding from his reputation as one of the West's most feared gunfighters.

For Dr. Frederick Albert Carlisle, an aristocratic Boston physician who becomes Jesse's friend despite their romantic rivalry, bound is a magnetic lure that compels him to abandon his Beacon Hill mansion, his upper-class privileges, and his affluent patients in a quest to give meaning to his life by serving poor westerners sorely in need of his healing knowledge.

As for Honoria Lowell Blaire and Lillian Tomlinson Wellesley, blue-blooded descendants of two of New England's oldest and most distinguished families, bound represents the chains that will bind them to "a God-forsaken wilderness" if they choose to live with the men they love instead of clinging to their pampered lives among America's nobility.

And for the incomparably beautiful Jolene Lloyd, being bound is the same as virtual imprisonment when she is coerced into saving her family from financial catastrophe by being shackled to a ruthless, emasculated tyrant driven by hatred and bitterness to take control of Wyandotte and force the mighty Van Sheltons to grovel at his feet.

These and the other men and women of Wyandotte, the good and the bad, battle for a quarter of a century to determine their region's fate during the fading years of the Western Frontier.