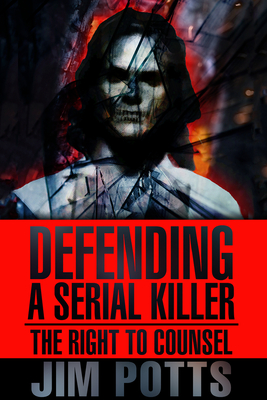 The Right To Counsel

The Fifth and Sixth Amendments to the Constitution of the United States guarantee the right against self-incrimination, the right to remain silent, and the right to counsel.

A crime wave swept California in the late 1970s. Several young girls were abducted, raped, and murdered. Michael Dee Mattson was convicted of these crimes and sentenced to death.

In 1982, Jim Potts—a brilliant, idealistic, African American law student—is honored when one of his professors recruits him to assist in writing a death penalty appeal on behalf of a serial killer.

Potts discovers a loophole in the case that had somehow been overlooked. One that could not only get Mattson off death row, but once presented to the Supreme Court of California, could release him to rape and murder again. When Potts confides in his pregnant wife, she says if Mattson goes free, their marriage is over. But if Potts quits the case, or withholds information, he violates his duty to client and Constitution and risks his career before it even begins.

A moral dilemma with no good way out.

To avoid losing his family and releasing pure evil back into the world, Potts must be smarter than his options. He must find a way to keep his family together, fulfill his duties, and keep Mattson behind bars.

Jim Potts, JD is a lawyer and author with a B.A. and Juris Doctorate Degree. He is a former Reserve Captain, a P.O.S. T. Certified Terrorist Investigator, a member of the Open Source Intelligence Team, and a twenty-year member of the Los Angeles County Sheriff’s Department, with the rank of Captain. Potts is a certified Mediator through the Los Angeles County Bar Association and a former Master Teacher for the University of Phoenix (Southern California Campus), having taught undergraduate and graduate levels. His course curriculums included United States Constitutional Law, Criminal Law, Criminal Procedure, Ethics, Business Law, and Employment Law. He has represented employers and industries regarding State & Federal employment law compliance for forty years.

Potts travels the nation speaking on domestic terrorism in front of political groups, business associations, community-based organizations, schools, businesses, as well as conducts active shooter training for thousands in and out of the workplace. He has a radio show on Sundays at 3pm on LA Talk Radio, where he continues to provide domestic terrorism safety tips. Jim’s blog, "Listen Up!" has fans in over 55 countries.