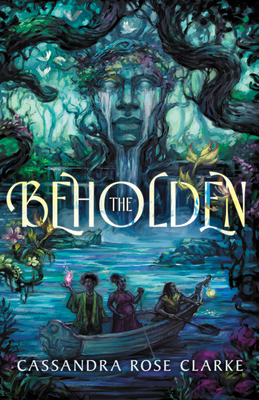 Orphaned as young women, Celestia and Izara De Malena find themselves land rich but destitute, with only a failing rainforest acreage, Celestia’s perfect manners, and Izara’s nascent magic to their aristocratic names. With the last of their money running out, they enact a dangerous plan—using a spell she doesn’t fully understand, Izara summons the Lady of the Seraphine and demands a favor: a husband for Celestia, one rich enough to enable the De Malena sisters to keep their land. But a favor from the river goddess always comes at a cost . . .

Now, five years later, rumors of war and disease are spreading, Celestia’s husband has been called away on a secret mission for the Emperor, and the Lady of the Seraphine is back to collect her due. Izara will be forced to leave the academy where she has been studying to become a mage; Celestia will be pulled from her now-flourishing farm while newly pregnant with her first child. Together, they must repay their debt to the Lady—embarking on a mission that will put them on a collision course with Celestia’s husband, the Emperor, and a god even more powerful than the Lady of the Seraphine.

Gorgeous, compelling, and utterly captivating, The Beholden follows Celestia and Izara as they journey from the lush rainforest to a frozen desert on an impossible quest to find a god who doesn’t want to be found and prevent the end of the world.

Praise For The Beholden…

“A gripping story about love, trust and ultimately doing the right thing . . . this story resonates with present-day culture and politics . . . Cassandra Rose Clarke is a genius at writing strong but vulnerable female characters, and Star’s End is no exception.” —Speculative Herald

“In Our Lady of the Ice, Cassandra Clarke uses old tropes to their very best effect, showcasing the chilling wisdom of genre fiction at its best.” —Shelf Awareness

“[Clarke] brings novelty and delight to steampunk Antarctica in this complex and lovely mystery . . . The worldbuilding will sweep readers away, and the entertaining and compelling cast of characters will make excellent company on the journey.” —Publishers Weekly (starred review) on Our Lady of the Ice

“The novel's worldbuilding is phenomenal: Hope City's past and present unfold effortlessly . . . each subplot is ingenious . . . An ambitious novel set in a richly imagined world.” —Kirkus Reviews on Our Lady of the Ice