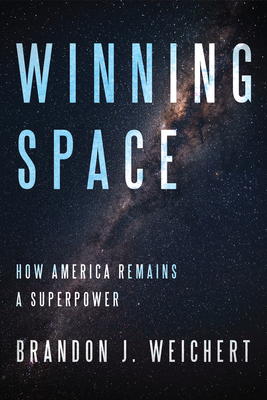 How America Remains a Superpower

When President Donald J. Trump announced the creation of America’s sixth branch of the military, the United States Space Force, many in Washington scoffed. But, U.S. rivals in China, Russia, Iran, and North Korea took notice. Since the end of the Cold War, these American foes have chafed under the full-spectrum dominance that the American superpower has enjoyed globally. They have identified space as a key strategic domain where they can challenge—and possibly defeat—the United States military. And, depriving the U.S. military and/or its economy of access to space during an international crisis could spell doom for the United States in other strategic domains (land, sea, air, and cyberspace). After all, space is critical for America’s vaunted information dominance. Satellites overhead are the backbone of America’s global military. Remove them from orbit and U.S. forces worldwide are rendered deaf, dumb, and blind.
What’s more, space is a more than $1 trillion economy just waiting to be developed. Whichever country gets there first will have considerable economic and geopolitical power on Earth. Despite President Trump’s creation of the Space Force, Swamp Dwellers in Washington continue resisting his reforms to U.S. space and technology policy. Winning Space tracks the increasing competition the United States is facing in the technology sector and depicts how the United States has been engaged in a Second Space Race—and how it has been losing. Author Brandon Weichert warns how the United States is at risk for a Pearl Harbor-type event in space. Weichert advocates for the full embrace of Trump’s reforms for America's flailing space policy, while also calling for a minimum $1 trillion investment in advanced research and development here in the United States, to stay ahead of America’s advancing foes. Contrary to what many Americans may think, the United States has been declining in space and the high-technology development sector. Should it lose its dominance in these areas, it will surely lose its superpower status. The next decade presents U.S. policymakers one last chance to preserve the superpower status that America fought two world wars and the Cold War to build. Time is not on our side. We are on notice, but we have not noticed.

Praise For Winning Space: How America Remains a Superpower…

“To answer the geostrategic challenges of the 21st century from China and elsewhere, we need a fully independent and fully funded Department of the Space Force. President Trump, who understands the importance of controlling the commanding heights of space, has taken the lead in this effort." —Steve Mosher, author of Bully of Asia: Why China's Dream is the New Threat to World Order

"Winning Space: How America Remains a Superpower’ will make you think very differently about who and what is flying overhead at any given moment. The domain of Space is critical to our way of life in the 21st Century because we are heavily dependent on the technology and utilization of this environment." —Dr. James Rice, Senior Scientist, Planetary Science Institute

"There are many good books published each year, but few truly important ones. This book is truly important. If America fails to heed this warning, it will no longer be the world's superpower. And that will be a calamity not just for America, but for mankind and the cause of freedom on Earth." —Dennis Prager, host of The Dennis Prager Show

"When I need to know about 'the ultimate strategic high ground,' I call Brandon Weichert. In Winning Space, he makes the case we are vulnerable in that critical domain and must race to catch up with those who mean us harm. God help us if we do not listen to him." —Gordon G. Chang, author, The Coming Collapse of China

“Weichert has done the country—and freedom—an enormous service by writing this timely, vital, cogent, and compelling book that warns of a gathering danger we ignore at our peril. Every single member of Congress and the executive branch should read Winning Space immediately.” —Robert G. Kaufman, Sure Dockson Chair, Pepperdine School of Public Policy

"Read this book to find out about China’s forthcoming space-based laser weapon, as well as how, notwithstanding the establishment of a U.S Space Force, the Pentagon refuses to consider placing American weapons in orbit. This book performs a vital national service." —Angelo Codevilla, Professor Emeritus of International Relations at Boston University

"You need to read Winning Space very carefully in order to see the opening salvos of the coming war between the United States, China, and Russia. This is not a remote concept of the vague future. It is upon us already. This book explains how and why." —Jacek Bartosiak, CEO and Founder of Strategy & Future