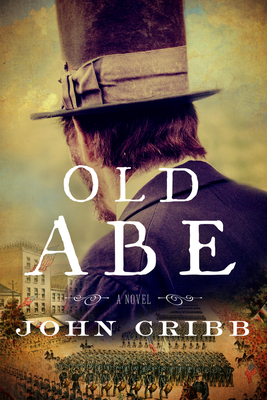 Finalist for the 2020 Foreword INDIES Book of the Year Awards!

“This is the best book about Abraham Lincoln I’ve ever read.” – William J. Bennett, former US Secretary of Education and author of The Book of Virtues

Old Abe is the story of the last five years of Abraham Lincoln’s life, the most cataclysmic years in American history. We are at Lincoln’s side on every page as he presses forward amid disaster and fights to save the country.

Beginning in the spring of 1860, the story follows Lincoln through his election and the calamity of the Civil War. During the war, he walks bloody battlefields in the North and the South. He peers down the Potomac River with a spyglass amid terrifying reports of approaching Confederate gunboats. Death stalks him: one summer evening, a would-be assassin fires a shot at him, and the bullet passes through his hat.

At the White House, he weeps over the body of Willie, his second son to die in childhood. As he tries desperately to hold the Union together, he searches for a general who will fight and finds him at last in Ulysses S. Grant. Amid national and personal tragedy, he struggles to find meaning in the Civil War and bring freedom to Southern slaves.

Central to this biographical novel is a love story—the story of Abraham and Mary Todd Lincoln’s sometimes stormy yet devoted marriage. Mary’s strong will and ambition for her husband have helped drive him to the White House. But the presidency takes an awful toll on her, and she grows increasingly frightened and insecure. Lincoln watches helplessly as she becomes emotionally unstable, and he grasps for ways to support her.

As Lincoln’s journey unfolds, Old Abe chronicles the final five, tumultuous years of his life until his eventual assassination at the height of power. Full of epic scenes from American history, such as the Gettysburg Address and the signing of the Emancipation Proclamation, it probes the character and spirit of America. Old Abe portrays Lincoln not only as a flesh-and-blood man, but a hero who embodies his country’s finest ideals, the hero who sets the United States on track to become a great nation.

Praise For Old Abe: A Novel…

“Old Abe is the best book on President Lincoln I have ever read.” – Vice President Mike Pence

“This is the best book about Abraham Lincoln I’ve ever read. John Cribb has brought Lincoln to life for us.” —William J. Bennett, former US Secretary of Education and author of The Book of Virtues and America: The Last Best Hope

“I can’t think of any books on Lincoln that bring ‘the martyred Christ of democracy’s passion play’ to such a wonderful new life as John Cribb’s Old Abe.”  —Seth Leibsohn, Senior Fellow, the Claremont Institute, and Radio Host

“In Old Abe, John Cribb accomplishes what all historical novelists try to do, but few pull off: he makes familiar history new again and transforms historical figures into vivid characters.” —Christopher Scalia, coeditor of Scalia Speaks and On Faith

“John Cribb’s debut novel is a triumph, and I recommend it for all readers, young and old alike.”  —Michel Stone, author of The Iguana Tree and Border Child

“This new release—Old Abe: A Novel by John Cribb—is remarkable for its straightforward depictions of the sixteenth president during the Civil War. The novel’s angle, writing style, and historical details will appeal to generations of readers.” —Sarah Kay Bierle, The Civil War Monitor

"A deftly penned historical novel that showcases the author's genuine flair for originality, a close and entertaining story that accurately adheres to historical detail, and the kind of narrative driven storytelling style that fully engages the reader's attention." —The Midwest Book Review

"Cribb has worked some fictional magic here, creating a historical tome for those who would rather not read historical tomes. The author has said that he wrote the novel out of a love for Lincoln and the desire to share that love with others. In that, the New York Times bestselling author succeeds." —Tom Mayer, Mountain Times

"A complete triumph.... By turns melancholy, humorous, and deeply moving, you'll reconnect with Lincoln's love of country, love his wife and kids, and struggle to ensure victory for the better angels of our nature. A vivid and well paced read." —Core Virtues Foundation

"Old Abe gives us history, some of which we’ve read before and some of which is revealing, but it does more: it gives us Abe Lincoln in the flesh." —Deena Bouknight, The Epoch Times

"In this fictional account of the last five years of Abraham Lincoln's life, Cribb draws on copious research to provide an in-depth and personal account of a turbulent time through the eyes of the great man himself.... Old Abe will make readers long for a leader like Lincoln." —Cindy Burnett; She Reads, Best Historical Fiction Books of 2020


"Cribb presents a Lincoln that many yearn for, the man pictured, unfinished, in our imaginations, more a concept, but one begging to be completed. Cribb provides the flesh and bone and attitude and dialogue. The book races." —Jack Fowler, National Review

John Cribb is a bestselling author whose previous work includes coauthoring The American Patriot’s Almanac and The Educated Child, both New York Times bestsellers. John also worked as former U.S. Secretary of Education Bill Bennett’s collaborator on the New York Times #1 bestseller The Book of Virtues. His writing has been published in the Wall Street Journal, USA Today, the Chicago Tribune, National Review Online, and several other publications. During the Reagan administration, he worked at the Department of Justice, the Department of Education, and the National Endowment for the Humanities.
Loading...
or support indie stores by buying on