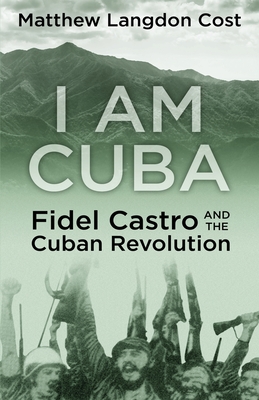 Who was Fidel Castro?
In the summer of 1958, 300 bearded revolutionaries, led by a 30-year-old lawyer named Fidel, turned the tides of war in Cuba by defeating 12,000 soldiers in combat. How was this possible?

If you want to understand Cuba of the last 60 years, you must first understand who Fidel Castro was, and the events of the Cuban Revolution of 1953 to 1959.

The revolution began in 1953 with a botched insurrection in Santiago, Cuba. Fidel was captured and put on trial where he defended himself, finishing with the now immortal words: "Condemn me. It does not matter. History will absolve me."

Fidel was imprisoned, granted amnesty, exiled to Mexico, and then led an invasion of Cuba with 81 revolutionaries aboard a pleasure yacht called the Granma. Only 18 men survived. How did Fidel build this small band of guerillas into an army that would sweep to power in Cuba?

Who was the rifle-toting woman who became Fidel's most trusted advisor as well as his lover?

These questions and more are answered in the thrilling I Am Cuba, a historically accurate novel detailing society,
politics, war, and love in Cuba in the 1950s.