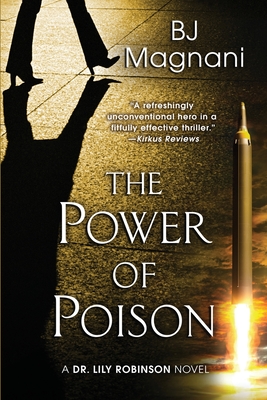 The Power of Poison

More than 20 years ago, Dr. Lily Robinson-the brilliant pathologist and toxicologist-was a member of a scientific expedition in Colombia, South America, that ended in the death of her colleagues and, presumably, her little girl. Unaware of the true circumstances of her tragedy, her memory blocked in self-preservation, Dr. Robinson's despair made her fair game for recruitment by a secret government agency whose objective is to eliminate threats to a free and peaceful world. Her guiding mantra, "the good of the many outweighs the good of the one," allowed her to rationalize, and to lead, a double life-a physician in one world, and a covert assassin in another.

Dr. Robinson is asked to assassinate a high-level Chinese missile scientist who is on course to sell his novel technology to the North Korean government. Unbeknownst to Lily, Grigory Markovic, a Russian terrorist Lily has encountered in the past, is also planning an arms deal with the North Koreans-warheads filled with deadly poison.

The Power of Poison-sequel to The Queen of All Poisons-is a tale of espionage, love, relationships, and loyalty, all meeting at the "intersection of obligation and conscience." And whether its Boston, France, Seoul, or Hong Kong, as always, Dr. Lily Robinson is "dressed to kill."