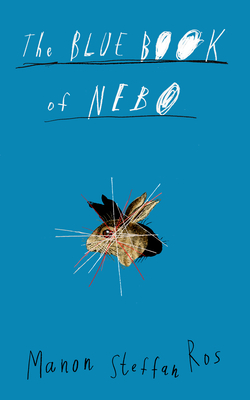 The Blue Book of Nebo

Prize-winner in three categories of the 2019 Wales Book of the Year Award, The Blue Book of Nebo paints a spellbinding and eerie picture of society's collapse, and the relationships that persist after everything as we know it disappears. After nuclear disaster, Rowenna and her young son are among the rare survivors in rural north-west Wales. Left alone in their isolated hillside cottage, after others have died or abandoned the towns and villages, they must learn new skills in order to remain alive. With no electricity or modern technology they must return to the old ways of living off the land, developing new personal resources.

While they become more skilled and stronger, the relationship between mother and son changes in subtle ways, as Dylan must take on adult responsibilities, especially once his baby sister Mona arrives. Despite their close understanding, mother and son have their own secrets, which emerge as in turn they jot down their thoughts and memories in a found notebook. As each reflects on their old life and the events since the disaster which has brought normal, twenty-first century life to an end, The Blue Book of Nebo becomes a collective confidante, representing the future of their people and a new history to live by.

In this prize-winning and best-selling new novel, Manon Steffan Ros not only explores the human capacity to find new strengths when faced with the need to survive, but also the structures and norms of the contemporary world.

Manon Steffan Ros was born in Rhiwlas, Snowdonia. After leaving school, she worked as an actress for a few years before becoming a writer. Her first novel for adults Fel Aderyn, reached the shortlist for wales Book of the Year and her novel Blasu won the Fiction Prize of the 2013 Wales Book of the Year. Ros translated Blasu into English with the title The Seasoning and was published by Honno in 2015. As well as her books for adults, Ros has found great acclaim in her children's writing. She has won the prestigious Tir Na N-Og prize for Welsh children's literature four times, with her novels Trwy'r Tonnau (2010), Prism (2012), Pluen (2017) and most recently Fi a Joe Allen (2019). The Blue Book of Nebo won the Prose Medal at the 2018 Eisteddfod and won the triple crown of prizes at the 2019 Wales Book of the Year Award: the Aberystwyth University Fiction Award, the Golwg360 Barn y Bobl (People's Choice Award) and the Welsh-language Overall Winner. She has won the drama prize at the Eisteddfod twice in 2005 and 2006, and her play, "Mwgsi," won a National Theatre Wales award in 2018. She lives in Tywyn, Meirionnydd with her sons.
Loading...
or support indie stores by buying on