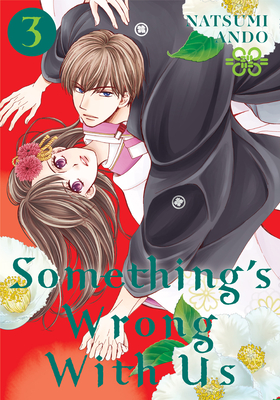 Something's Wrong With Us 3

The proprietress has caught onto Nao's true identity, and will do anything to kick her out. But one day, a woman appears, claiming to be Nao's mother and covering for her. As Nao chases the bare threads of connections to her real mother, Tsubaki remains close behind. The two grow further intertwined after overcoming the Shirafujiya incident, incurring the wrath of the old master, and sharing a room... But trust is far from the Kogetsuan home where Tsubaki admits to Nao that if he ever saw Sakura again, he'd make Sakura disappear.

Natsumi Ando won the 19th annual Nakayoshi Rookie Award in 1994 for her debut, Headstrong Cinderella. Her other popular series include Zodiac P.I., Kitchen Princess and Arisa. Her hobbies include reading, watching movies, and eating delicious food.
Loading...
or support indie stores by buying on
(This book is on backorder)