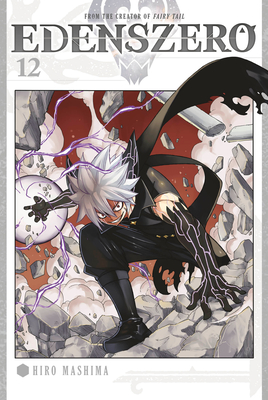 It's here! The creator of Fairy Tail, manga superstar Hiro Mashima, is back with a high-flying space adventure! All the steadfast friendship, crazy fighting, and blue cats you've come to expect... IN SPACE!

Weisz is hellbent on revenge as he uncharacteristically attacks Drakken Joe with no regard for his own safety. But the most powerful villain in the Sakura Cosmos cannot be beaten by fury alone. Shiki brings the power of friendship—and gravity ether skills—into the fight. Together, Shiki and Weisz bring Drakken Joe’s reign of terror to an end and the quest to find Mother is back on. But first, the EDENS ZERO heads to Granbell so Shiki can pay his respects at Ziggy’s grave. However, the trip reveals some hard truths and a whole lot of pain as Shiki’s team is left dazed and confused by the sudden appearance of the EDENS ONE, helmed by a terrible surprise.

One of the world's bestselling and most prolific comics artists, Hiro Mashima is the creator of the 63-volume magical epic Fairy Tail as well as its prequel Fairy Tail Zero, fantasy series Rave Master, the game spinoff Monster Hunter Orage, and a variety of other manga series and short stories.
Loading...
or support indie stores by buying on