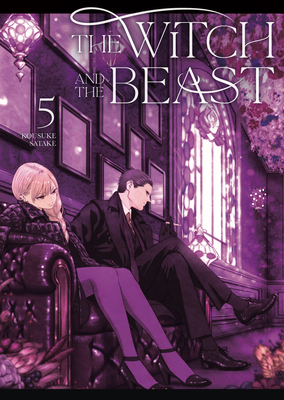 The Witch and the Beast 5

Dive into Kousuke Satake's suave and explosive manga debut, about powerful women good and evil, featuring a story of vengeance in a stylish, art-deco urban wonderland that's one part Fullmetal Alchemist and one part Cowboy Bebop.

THE WRATHFUL WITCH
An unexpected encounter with Angela, the witch responsible for Guideau’s curse, leaves Guideau in a primal, beast-like state. The regression calls to Ashaf’s mind the time the pair had first met—it was in a village out in the countryside, a place supposedly untouched by magic, but where rumors of a witch began to poison the community…

A dark fairytale set in a steampunk world of magic and monsters, The Witch and the Beast will entice and entrap manga readers looking for their next fantasy action fix!

Kousuke Satake's manga debut is The Witch and the Beast, which began running in Kodansha's Young Magazine the Third in 2017.
Loading...
or support indie stores by buying on