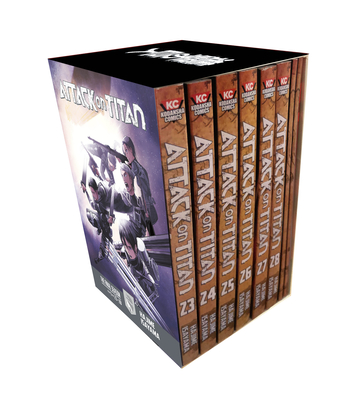 Continue your journey outside the walls with the manga that inspired the FINAL SEASON of the hit anime Attack on Titan! Includes an EXCLUSIVE book of Attack on Titan short stories never published in English!

After years as a lonely double agent, Zeke finally returns to the good graces of his home island of Paradis. Still, the Survey Corps refuses to let him meet Eren--the other ingredient in the earth-shaking weapon-- for fear the explosive duo will be impossible to control. Meanwhile, the public responds badly to the military's open distrust of their hero Eren, and the detention of the Marleyan volunteers spurs an uprising. Amid the turmoil, Eren takes matters into his own hands...