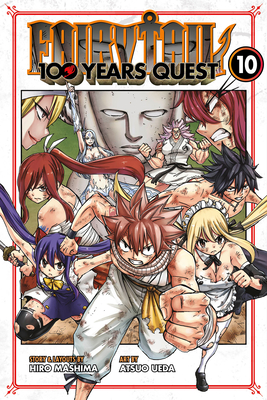 A wizard's job is never done! Get fired up for the official sequel to Fairy Tail, with story and layouts by original creator Hiro Mashima himself.

Despite easily cutting down both Natsu and Erza, Suzaku finds himself on the losing end of a fight with the overwhelmingly powerful Selene. Meanwhile, Gray and Lucy must desperately fight to protect the grievously wounded Natsu and Erza from Hakune and Mimi. As each battle rages, Elentear’s magic continues to surge out of control, and massive, monster-spawning hands spring up everywhere. While the end of the world seems inevitable, Wendy makes a critical discovery that could save everyone!

Hiro Mashima was born May 3, 1977, in Nagano Prefecture. His series Rave Master and Fairy Tail made him one of the most popular manga artists in the world. His latest creation is the sci-fi fantasy epic EDENS ZERO.