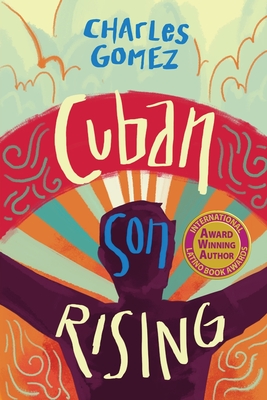 "... a gut-wrenching memoir that captures the rollercoaster of horror and hope."

As a journalist he dug up the truth. But deep inside, he hid a life-shattering secret.

CBS News reporter Charles Gomez was fearless when facing down dictators. Earning an Emmy and an Edward R. Murrow Award, the Latin correspondent and son of a Cuban immigrant seemed on top of the world. But the terror of exposing his sexuality and AIDS diagnosis led him down a dark path of drugs and depression that nearly destroyed him. Cuban Son Rising is an honest and raw memoir detailing Gomez's lifelong battle to overcome stigma and self-loathing. Meticulously researched, Gomez's story takes you from interviews with despots and the front lines of civil wars to the silent struggles he faced seeking his father's acceptance. And after a lifetime of anxiety and regret, Gomez embarks on an emotional journey with his father to his homeland. Will Gomez finally reconcile with the man he's looked up to for his whole life? Or will disclosing his sexuality and the shame and stigma of AIDS cause his father to reject him? Cuban Son Rising is a testament to survival and the triumph of hope over fear.