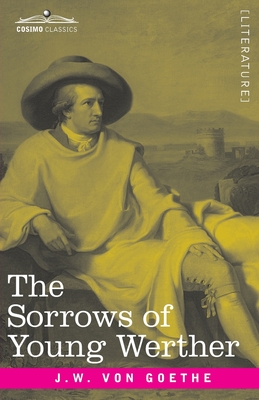 "All extraordinary men, who have accomplished great and astonishing actions, have ever been decried by the world as drunken or insane." --Johann Wolfgang von Goethe, in The Sorrows of Young Werther

The Sorrows of Young Werther (1774), written by Johan Wolfgang von Goethe when he was 24, became his most important work and one of the first important novels of the Sturm und Drang movement in German literature. This novel is about an unhappy romantic infatuation that ends in suicide. Its hero, Werther, an obsessive figure driven to despair by his unrequited love for the young Charlotte, has become a pervasive literary archetype. This edition is a republication of the translation by Thomas Carlyle, edited by Nathan Haskell Dole and originally published in 1902. The complete 14-volume set, The Works of J.W. von Goethe, is also available from Cosimo Classics.