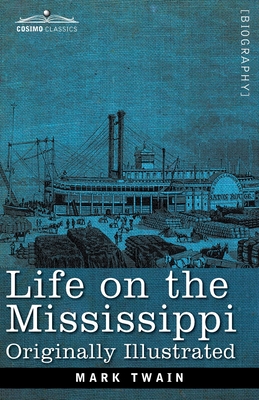 "But the basin of the Mississippi is the Body of the Nation... Latitude, elevation, and rainfall

all combine to render every part of the Mississippi Valley capable of supporting a dense population. As a dwelling-place for civilized man it is by far the first upon our globe." -Editor's Table, Harper's Magazine (1863)

This replica of the original 1883 edition of Life on the Mississippi with illustrations by John Harley, offers a colorful portrait of 19th century America and is a prelude to Twain's great boyhood novels, The Adventures of Tom Sawyer (1876) and Adventures of Huckleberry Finn (1884).