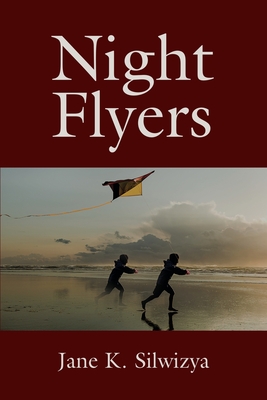 Over the years, the author of Night Flyers has been faced with the challenge of bringing together her own distinctive life influences--that is, of her ingrained African heritage on the one hand and of her Western experiences and influences on the other; and in between to find a place of comfort.

In Africa, the approach by many to anything regarded as paranormal, can be said to have two prongs: believing that such activity does occur around us and is even commonplace, and then also being quite uncomfortable with discussions about such topics, not just for the taboo aspect but also because of a genuine fear of the unknown.

These contrasted attitudes are evident in the way that even local journalists report on such matters. Among many mystical incidents that are reported to have occurred across the continent are the most unusual tales of the now infamous "crash-landing" wizards. The typically well-researched stories are often given enough space in various credible publications across the continent; but incredulously, these stories are written as though they are about everyday natural occurrences, and hardly ever with the premise of the article being to question the validity or credibility of the report or its witnesses.

The idea behind this novel was, therefore, to take a topic that is considered taboo in many parts of Africa, turn it on its head and encourage the reader to become curious enough to ask the simple question, "What if?" If there are supposedly so many wizards in Africa that are forever crash-landing, shouldn't we be wondering about the stories that we never hear of--about the wizards that do not crash-land as they fly on their various missions, and even about the nature of their various agendas?

Thus begins the author's "exposure" of night flying in the 21st Century--an activity engaged in by flyers of the Academy; that is, those born with the skill, a skill that is used only for the purpose of executing good-will missions across Africa; unlike with The Lost Ones--flyers who had parted ways with the Academy more than a hundred years ago, when they had refused to heed the message from the ancestors about the need for new practices, those that would represent the biggest shift for the Academy since its beginnings in the 1700s...

Furthermore, the novel seeks to highlight some of the idiosyncrasies and misguided mindsets now embedded in the African culture--possibly due to colonisation, other influences from various parts of the world or indeed, even from the misunderstandings of various religious teachings; and so through a lighter approach, this novel seeks to get the reader to attempt to see beyond the numerous mirages in our lives. Therefore, the story about night flying in Africa--if read with the prerequisite open mind and an active enough imagination--becomes one that unexpectedly brings hope, courage and inspires the appropriate amount of curiosity, to seek the truth and actively participate in changing, for the better, the future of the African continent and of the entire planet.

Night Flyers sees Keti and Kasanda--two closely connected night-flyer confidantes--go on the most unexpected adventure of a night-flyer lifetime, in which they not only come of age but also through which they learn more about their individual destinies in the Academy. They also learn more about themselves separately and gain a new appreciation of their personal strengths and how equally capable they each are on their own.

If you take away the night-flyer status, as they journey through their transition, it is easy to see that they are faced with similar challenges to those of most teenagers; in fact, the same ones that we all tend to experience in our lives and relationships--no matter our age, gender, race, nationality or tribe even.