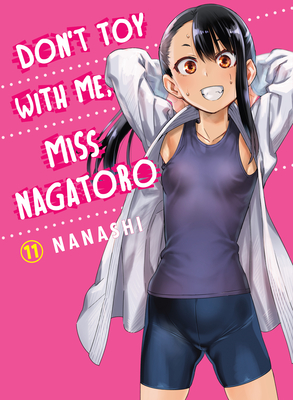 Don't Toy With Me, Miss Nagatoro 11

The Judo Club’s big tournament is underway! Both Nagatoro and Senpai enter the fray, but a secret shame from Nagatoro’s past has sapped her fighting spirit. Senpai tries to encourage Nagatoro and reignite her passion for judo, but before he can win Nagatoro over, he’ll have to win his own battle…
And as the tournament comes to a close, Nagatoro and Senpai advance to the next school year. But the new school year will present Nagatoro with a new challenge in the form of a fresh yet oddly familiar face who joins Senpai’s Art Club.

Nanashi began their career by posting artwork on Pixiv, which is a online community platform for artists and members can provide feedback. Nanashi posted early versions of Nagatoro san which gained popularity with the fans and was picked up by online manga platform, Magazine Pocket (owned by Kodansha).
Loading...
or support indie stores by buying on