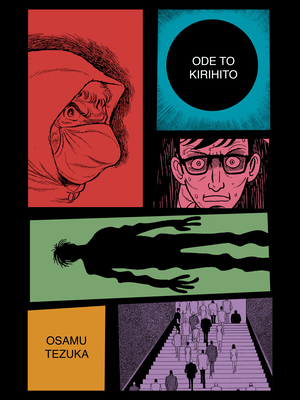 ARE YOU A BEAST?

It may or may not be contagious. There seems to be no cure for it. Yet Monmow Disease, a life-threatening condition that transforms a person into a dog-like beast, is not the only villain in this shocking triumph of a medical thriller by manga-god Osamu Tezuka. Said to have been the personal favorite of the artist, who held a degree in medicine, and surprisingly attentive to Christian themes and imagery, Ode to Kirihito demolishes naive notions about human nature and health and likely preconceptions about the comics master himself.

A promising young doctor, Kirihito Osanai visits a remote Japanese mountain village to investigate the source of the latest epidemiological mystery. While he ends up traveling the world to discover what it takes to be cured of such a disease, a conspiracy back home attempts to explain away his absence. From plutocratic Taipei and apartheid South Africa to backwater Syria and metropolitan Osaka, ambition and desire beckon “normal men” to behave uglier than any beast as we examine the true worth of human beings through and beyond appearances.

Osamu Tezuka was born on November 3rd, 1928, in Osaka. He grew up in a liberal family exposed to manga and Walt Disney. As a boy he also had a love for insects; as a grown-up he would incorporate the ideogram for "insect" into his pen name. Having developed an intense understanding of the preciousness of life from his wartime experience, Tezuka Osamu aimed to become a physician and later earned his license, but ultimately chose the profession he loved best: manga artist and animated film writer.
In 2020, he was posthumously inducted into the Harvey Award Hall of Fame.
Loading...
or support indie stores by buying on