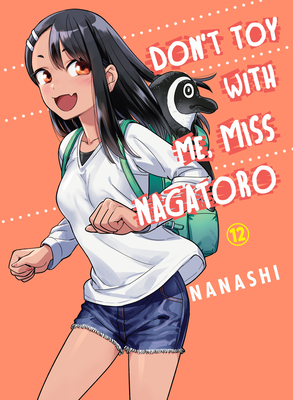 Don't Toy With Me, Miss Nagatoro 12

"This is a fun new comedy series that has far more layers than you'd expect. Any fans of romantic comedy manga should definitely give this one a look." - Turnaround Comics

It’s actually happening! Senpai and Nagatoro get closer than ever before when they visit an aquarium together. But the fledgling couple isn’t alone. They’re being watched by two opposing parties—Nagatoro’s meddlesome friends who worry Nagatoro might ruin Senpai’s innocence, and the Sunomiya duo, who will fight to let love take its course. Depending on which side gets its way, this long-awaited rendezvous could become a date with destiny or a date with devilry!

Nanashi began their career by posting artwork on Pixiv, which is a online community platform for artists and members can provide feedback. Nanashi posted early versions of Nagatoro san which gained popularity with the fans and was picked up by online manga platform, Magazine Pocket (owned by Kodansha).
Loading...
or support indie stores by buying on