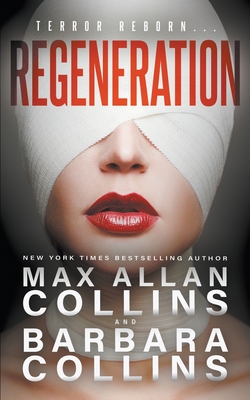 Joyce Lackey was a classic baby-boomer. She had it all: a high-paying position, a beautiful condo, a BMW. But there was one thing she didn't have any more - her youth, and that was what she needed most.

Her boss fired her because he wanted someone with "young blood and young ideas." Joyce was forced to start all over again. But could she compete with all the beautiful young kids who were so hungry for what she had?

The X-Gen Agency could give Joyce everything she wanted, everything she needed - a new job, a new body and a new identity. In short: a new life, but there was a price. It seemed reasonable enough when Joyce signed the contracts, and besides, she was desperate. By the time she realized what she had done, it was too late to turn back. This was one contract without an escape clause...

"A clever, twisted generational thriller that fictionalizes the brewing Boomers vs. Gen X-ers conflict in the workplace and in society at large."