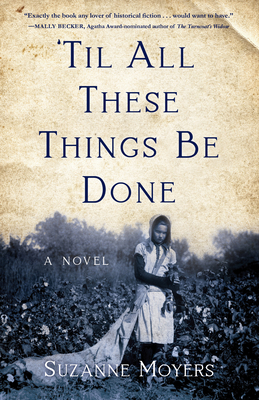 'Til All These Things Be Done

Set against the rich but often troubled history of Blacklands, Texas, during an era of pandemic, scientific discovery, and social upheaval, the novel offers a unique--yet eerily familiar--backdrop to a universal tale of triumphing over loss.

Even as dementia clouds other memories, eighty-three-year-old Leola can't forget her father's disappearance when she was sixteen. Now, as Papa appears in haunting visions, Leola relives the circumstances of that loss: the terrible accident that steals Papa's livelihood, sending the family deeper into poverty; a scandal from Mama's past that still wounds; and Leola's growing unease with her brutally bigoted society.

When Papa vanishes while seeking work in Houston and Mama dies in the "boomerang" Influenza outbreak of 1919, Leola and her young sisters are sent to an orphanage, where her exposure of a dark injustice means sacrificing a vital clue to Papa's whereabouts. That decision echoes into the future, as new details about his disappearance suggest betrayal too painful to contemplate. Only in old age, as her visions of Papa grow more realistic, does Leola confront her long-buried grief, leading to a remarkable family discovery that could offer peace, at last.