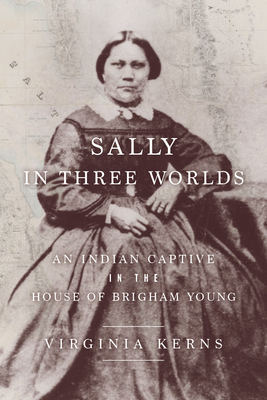 An Indian Captive in the House of Brigham Young

In this remarkable and deeply felt book, Virginia Kerns uncovers the singular and forgotten life of a young Indian woman who was captured in 1847 in what was then Mexican territory. Sold to a settler, a son-in-law of Brigham Young, the woman spent the next thirty years as a servant to Young’s family. Sally, as they called her, lived in the shadows, largely unseen. She was later remembered as a “wild” woman made “tame” who happily shed her past to enter a new and better life in civilization.

Drawing from a broad range of primary sources, Kerns retrieves Sally from obscurity and reconstructs her complex life before, during, and after captivity. This true story from the American past resonates deeply in the current moment, attentive as it is to killing epidemics and racial injustices. In telling Sally’s story, Kerns presents a new narrative of the American West.

Virginia Kerns is a writer, teacher, and professor emerita of anthropology at the College of William & Mary in Virginia. She is the author of three previous books, including the award-winning Scenes from the High Desert: Julian Steward’s Life and Theory.
Loading...
or
Not Currently Available for Direct Purchase